← more from
Counter Records
Get fresh music recommendations delivered to your inbox every Friday. 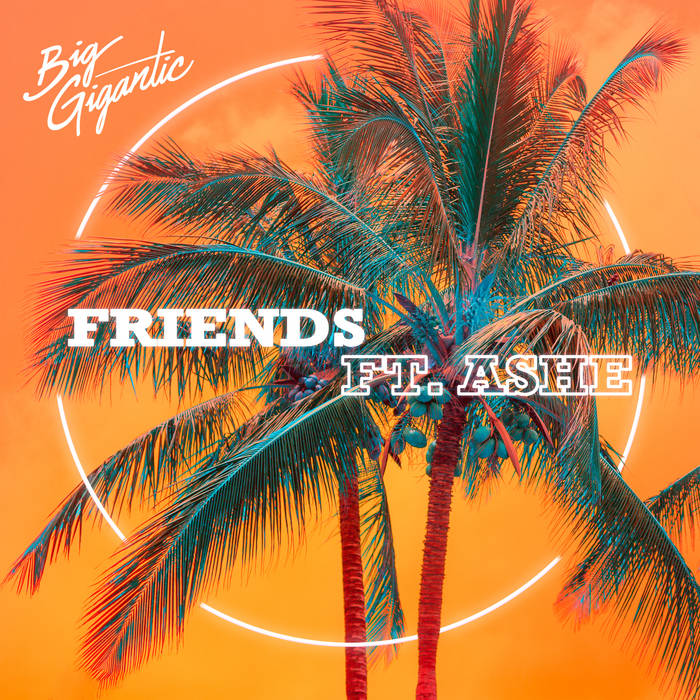 The single arrives following their first release in three years, ‘You’re The One (feat. Nevve)’. The release features Californian singer-songwriter Ashe, who first saw worldwide recognition from collaborating with the likes of Louis the Child, Whethan, Shaun Frank, Ben Phipps and Party Pupils, as well as co-writing Demi Lovato’s single ‘You Don’t Do It For Me Anymore’ that has seen her gain more than 388 million streams.

Despite the lyrics painting the picture of a recent breakup, ‘Friends (feat. Ashe)’ taps into an exotic, summer-tinged vibe - best played with the top down, sun shining, surrounded by friends. The combination of friends and music can get you through just about anything - breakups, makeups, and everything in between.

Composed of saxophonist/producer Dominic Lalli and drummer Jeremy Salken, Big Gigantic interpret traditional DJ-based music with live instruments, successfully creating an innovative, distinct sound that’s all their own. Their 15 year history spans playing in different bands, living together and touring the country in a beat up Subaru, with the pair going from roommates to friends to something that more closely resembles family over the years. This relationship extends to Ashe, who they lovingly refer to as "lil sis," and have shared a video detailing how they met and what their friendships mean to each other. Watch it here.

The band have gone strength to strength following their fifth most recent studio album, Brighter Future, released in 2016 that featured special guests Logic, Waka Flocka, Flame, Griz, Cherub and many more. The singles ‘The Little Things’ feat. Angela McCluskey and ‘All Of Me’ feat. renowned rapper Logic have received national acclaim, with over 3 million downloads and 75+ million streams. Following this the band re-released a deluxe double album with remixes of all original Brighter Future songs, ‘Kill The Noise’ and ‘Mat Zo’, to ‘Kasbo’ and ‘The Funk Hunters’.

Big Gigantic will be taking fans with a 3D live experience to new dimensions this Autumn with a series of unique technologies and creative techniques paired together to create a 3D show unlike any other, using stereoscopic 3D cameras and larger than life giant images projected across an LED screen. Kicking off the tour, they will bring their annual Rowdytown show to New York for the first time ever. The band will take over The Brooklyn Mirage on August 23rd before the annual two-night show at the iconic Red Rocks Amphitheatre in Colorado on September 28th and 29th. Their transcendent live shows are a showcase of brilliant improvisation and a tightly-knit bond between Salken and Lalli, who alternates between keys, sax and laptop, building a futuristic wall of sound that keeps crowds on their feet.

Bandcamp Daily  your guide to the world of Bandcamp

Little Brother joins the show to discuss their beautiful journey, plus tunes from Fat Tony